Home | News and events | PUBLIC DEBATE / Who will pay the historic debts to thermal energy?

PUBLIC DEBATE / Who will pay the historic debts to thermal energy?

Termoelectrica and the representatives of the housing sector in Chisinau met on September 12th in a public debate to discuss solutions to overcome the debts by homeowners associations. While S.A. "Thermoelectric" invests in energy efficiency projects, housing fund managers remain swallowed by debts and obligations to public service providers.

"Heat tariffs have not been adjusted from 2001 to 2007, and in 2008 there was the first increase in tariffs and immediately compensations were introduced for the cold season. From 2011 to 2015, the heat tariffs were adjusted by ANRE four times, and during this time, there was a problem of recovering money from consumers who did not have the ability to pay the invoices at the increased rates. And in 2015, when Termoelectrica was created, new problems arose - the old issues related to the debts accumulated by Termocom remained unresolved and the situation became more strained between the heat supplier and the housing fund manager", said Victor Parlicov, an energy expert at IDIS "Viitorul".

Thus, over 26 years, the debts to S.A. "Termoelectrica" have grown, and the residential fund is an absolute leader in this chapter, accounting for 98% of total historical debts.

"Debts are formed because of defaulted consumers and then the HOA manager is in a bad situation. Out of the three thousand controlled apartments this year (out of 26 thousand), we identified 117 cases of theft: de facto the consumer was connected to the centralized heating and de jure used the autonomous boiler. There is still a problem of the housing stock management. We would be very pleased to contact the consumers directly, but they will have to respect some obligations”, believes the director of S.A "Termoelectrica”, Veaceslav Eni.

In turn, housing fund managers claim that they are sued despite paying bills in advance and not understanding where the debt arises.

According to Victor Cojocaru, president of the housing cooperative no.185, S.A. "Termoelectrica" provider tries to put the historical debts on the consumer's shoulders. "Every three years, the provider attacks the CCL in court, asking us to pay various fees, and the bailiff's services, blocks the bank account without accepting the rescheduling of debt for a period of time determined by both parties".

"Debts are formed not only from heating, but also from water. Counters that have recently been checked do not work properly. As managers, we are intermediaries and we buy gcal and sell it to tenants. It turns out we work for Termoelectrica for free, but the institution applies penalties", believes Alla Poltavcenco, manager of APLP 51/173.

Energy expert, Sergiu Tofilat explains how the debt is accumulating and what solutions would be appropriate: "Legislation provides that the difference from the common hot water meter and the individual meters is shared between the consumer, but often this difference is paid by those who indicate the real consumption. The "Apa-Canal Chisinau" collects these debts from IMFGL, and the Termoelectrica does not allow this because of the payment of gas to Moldovagaz. Or, the methodology is crooked and we have to address the Government or the problem of managing the housing sector, and in this respect, the local government needs to get acquainted with Termolectrica to take on these debts".

Also, at the time of the tenants 'decision to reorganize as co-owners' associations, Termoelectrica forces the managers of the associations to recognize these debts and take them through concession to his management.

The debts previously invoiced to the tenants are not a problem because there are the invoices sent to the tenants and the collection of the necessary funds to pay off the debt. While unvarnished debts have a limited prescription, so forced enforcement of these debts is virtually impossible. But at the same time, the tenants refuse to continue the registration process if, as a result of this reorganization, they will have to pay several hundred thousand extra lei. Thus, these debts become an important barrier to reorganizing the old residential blocks into the condominium association.

"We are attending different meetings trying to explain to people what APLP or condominium means, but we do not have the majority of 2/3 needed for reorganization. We are helping the HOAs managers with legal support, but unfortunately, in 17 years, only ten tenant associations have been reorganized because they fear the burden of debs”, says Sergiu Negru from the Chisinau Town Hall.

Among the solutions recommended in the case of the debate for diminishing this situation, we can mention the conclusion of a tripartite contract between the consumer, the manager of the housing stock and S.A. "Termoelectrica", the modification of the normative acts regarding the allocation of the hot water consumption.

Find more in the Conclusions and recommendations of the public debate.

The event was held within the initiative 'Improving energy efficiency program for low-income families in Moldova", implemented by the Institute for Development and Social Initiatives (IDIS) "Viitorul" with the financial support of World Jewish Relief Foundation. It aims to raise the standard of living of low-income tenant families by improving energy efficiency measures that significantly reduce the heating costs and consumption. 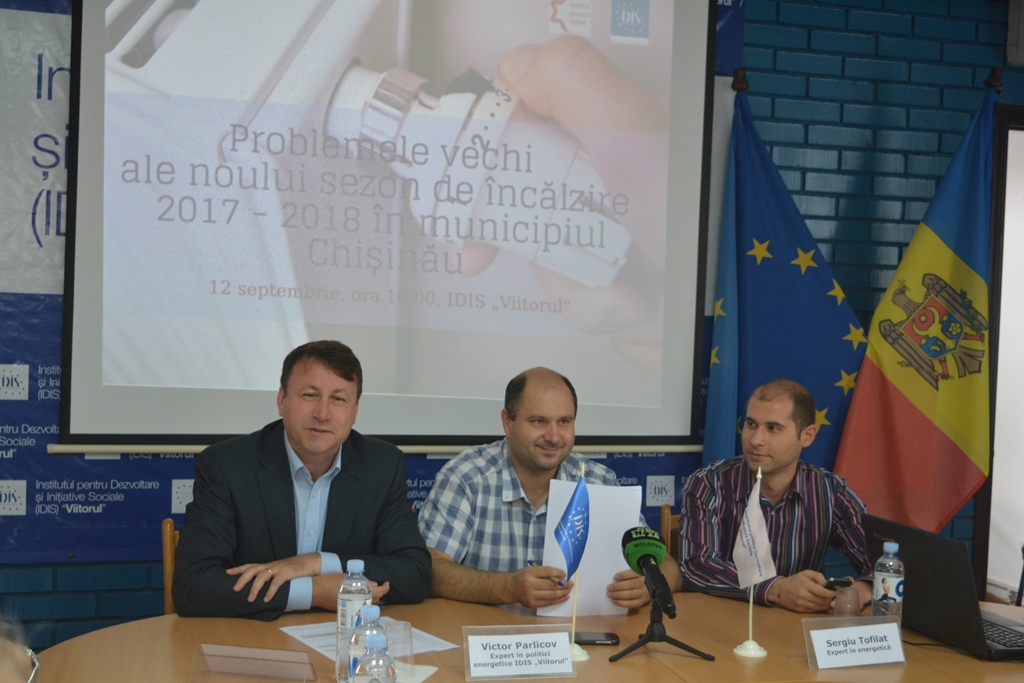